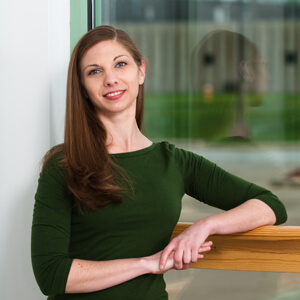 Education: MS in Kinesiology from Sam Houston State University, BA in Dance from the University of Iowa

Emily attended the University of Iowa where she received a BA in Dance in 2010. During her time at the University of Iowa, Emily worked on several independent projects with undergraduate and graduate students, performing in several UI dance concerts as well as creating her own choreographic works. She also collaborated with faculty members on their choreography projects and was an active member of the UI Afro-Cuban Drum and Dance Ensemble. In 2009 she received her certification as a yoga trainer.

After graduating from the University of Iowa in 2010 Emily has taught ballet at Devine Dancers and participated in Iowa Dance Theatre’s Cinderella, Nutcracker and Seven Deadly Sins. She also participated in Yaro Dance Company dancing a variety of roles and is now the Yaro Dance Company rehearsal mistress.  In 2018 Emily became a licensed Progressing Ballet Technique instructor.  Emily received an MS in Kinesiology from Sam Houston State University successfully completing a thesis with a focus on dance learning in 2020.

Emily is a proud member of Dance Masters of Mid-America, chapter 34 as well as National Dance Education Organization