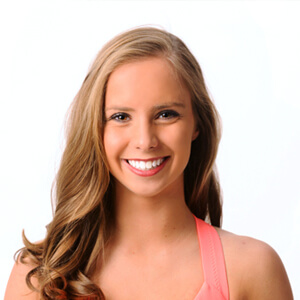 Education: BA in Dance from University of Arizona

Hattie spent much of her early dance career taking classes and performing with a competition team at Moore Dance in Des Moines, Iowa. Through competitive dance she learned to value and excel in performance, artistry, and musicality. However, it wasn’t until age thirteen that she began to pursue more ballet-specific training at Capital City Dance Center under the direction of Melissa and Emry Uyehara, followed by Iowa Ballet Academy under the direction of Ami M. Yaro.

During her high school years, Hattie traveled many weekends to participate with Tremaine Dance Convention as a Performance Company member working, demonstrating, and dancing alongside Joe Tremaine, Keri LaGrand, Derrick Schrader, Jeff Amsden, Tony Bellissimo, Marty Dew, Laurie Johnson, Colby Shinn, and Tiffany Maher. Upon graduating from high school, she moved to Tucson, Arizona where she continued studying dance (ballet, modern, and jazz) at The University of Arizona. While there, Hattie performed works by Michael Williams, Sam Watson, and Tamara-Dyke Compton. She also performed in Evolution of a Dream by guest choreographer, Sherry Zunker.

Hattie graduated from The University of Arizona receiving a Bachelor of Fine Arts degree in Dance as well as a Bachelor of Arts degree in Communication and a minor in Marketing. Upon graduating, Hattie began her professional career in entertainment with The Walt Disney Company/Disney Cruise Line as a face character dancer on the Disney Fantasy. She had the opportunity to dance in several stage shows as well as interact with guests through character relations. Auditioning and waiting for her next contract, Hattie is currently working as a guest choreographer and teacher at studios in Iowa.

Hattie truly believes what Walt Disney once said, “If you can dream it, you can do it.”